Affi has always been considered a key gateway to reach the towns of the central part of Lake Garda.

In past times this was a station of the old dismantled railway line Verona-Caprino, while now it is the exit of the A22 Modena-Brennero motorway that allows German and North-European tourists to easily reach Lake Garda shores.

The name of the town comes from the Longobard or Germanic word Affa, perhaps indicating the constitution of an “Arimannia”,a community of free adult men who could both take up arms and attend community meetings, with a mixture of military and civil dignity (the etymology of the word Arimanno is in fact “armed man”).

The area was part of the court of the San Colombano Monastery of the Bardolino Priory, dependent from the Abbey of San Colombano di Bobbio (PC) and of its large monastic feud.

The first documents that mention the town date back to the 9thcentury, when a stone tower was built as a defense against Hungarian invasions. In the 11-12th centuries the area became a feud of the Abbey of San Zeno in Verona, under the name of Castelnuovo dell’Abate, so called for a newly built castle near the hamlet of Incaffi. In the same period a parish church was also built.

After the end of the 2nd World War, during the Cold War, a NATO underground base codenamed “West Star” was built under Mount Moscal, later used as a secret bunker by the Allied Land Forces Command of Southern Europe.

Nonetheless, the real fascinating feature of this place is the old Affi town, an ancient medieval hamlet with small typical houses built with the “seregni”, pebble stones rounded in centuries by the Adige glacier. Walking along these tiny streets is like stepping back in time, in a medieval setting where, by closing your eyes,you could hear the hoof beats of horses and carriages or the hammers of blacksmiths that beat the iron. In this magic spot time somehow stopped to offer visitors the charm and scent of an ancient age. 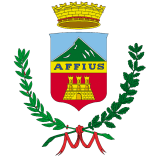